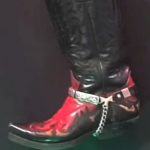 Due to the heat in Spain, we’ve had to cancel the last Singalong Sunday. It’s too hot in our house to do live streams during the summer, so we’ve announced a summer break. I will play live again on Sunday September 20th, but I’m still considering the format in which I want to do that.

I’ve sure had fun these three months of Singalong Sundays. On the other hand, it took sooo much time, to prepare an hour of new songs to play every week. I don’t want to go back to that ‘regime’, because it stopped most of my normal life. And that was never what I intended to happen. So I’m considering my options and trying to figure out what I want, and what I don’t want.

The purpose of these live streams was to entertain people, and to enjoy my singing and playing again myself. Well, that worked! But because of the time it took to rehearse and prepare for all the requests that were sent in, it also brought some frustrations.

Not seeing my audience for one is a biggie. Of course there is interaction through the live chat, but that doesn’t replace a live audience that I can see and hear singing along, tapping feet, clapping hands. And then seeing that only about 15 people on average show up, made me sometimes wonder why I put so much time and effort in it. (Obviously I do cherish the people that were there every week, you know who you are!)

Well, this all had me thinking. I will be back, live, but how exactly that will turn out, and how long per session… I don’t know yet. Time will tell. On September 20th I’ll definitely know, and so will you! So join me then!

In my last Singalong Country Sunday, I had to fight my emotions to keep myself from sobbing. The song from Ilse DeLange, ‘I still cry’, that was requested by my dear friend Ingrid, is one with a personal story attached to it. But it’s a kinda long story to tell, so you’ll have to wait for that. I’ll tell it in the next blog post!

So there it was, the second theme night filled with country songs. I’ve loved playing all those songs, but apparently the audience was less enthusiastic (with only 142 views in two weeks, this was the worst performing video on Facebook). Another thing to reconsider… are themed gigs worth the time and effort I put in it? I’m not so sure anymore.

For those of you who would like to see the replay of that last live stream, here it is:

The blog continues below the video and the song list!

I still have some requests for the live streams that start in September. But I will also start making some videos with songs. So if you’ve got a request that you would really like to hear me sing in a ‘single song video’, leave it below in the comments!

That was it. Next blog I’ll tell the story of Maurice and I.

Thanks for reading, if you’ve made it all the way to the end 😉 ,

Please SHARE it with the world on your socials!

Because I’m no longer active on social media and I want to let you know when I’ve uploaded a new post.

It’s free, it’s fast, and you’ll never miss anything from my website.

And of course you can always unfollow again if you have a change of heart later on.

Because I’m no longer active on social media and this is the perfect way to reach you fast whenever I’ve uploaded a new post!

It’s free, it’s anonymous and you can easily subscribe (and unsubscribe again if you want to).
MORE INFO!
Get FREE Weekly Updates

Please fill in your first name + best email address
and hit the button below.
Signing up is safe and secure. We do not send spam and you can always unsubscribe with 1 click.
Your data will never be shared with others.